You are here:
For Fun 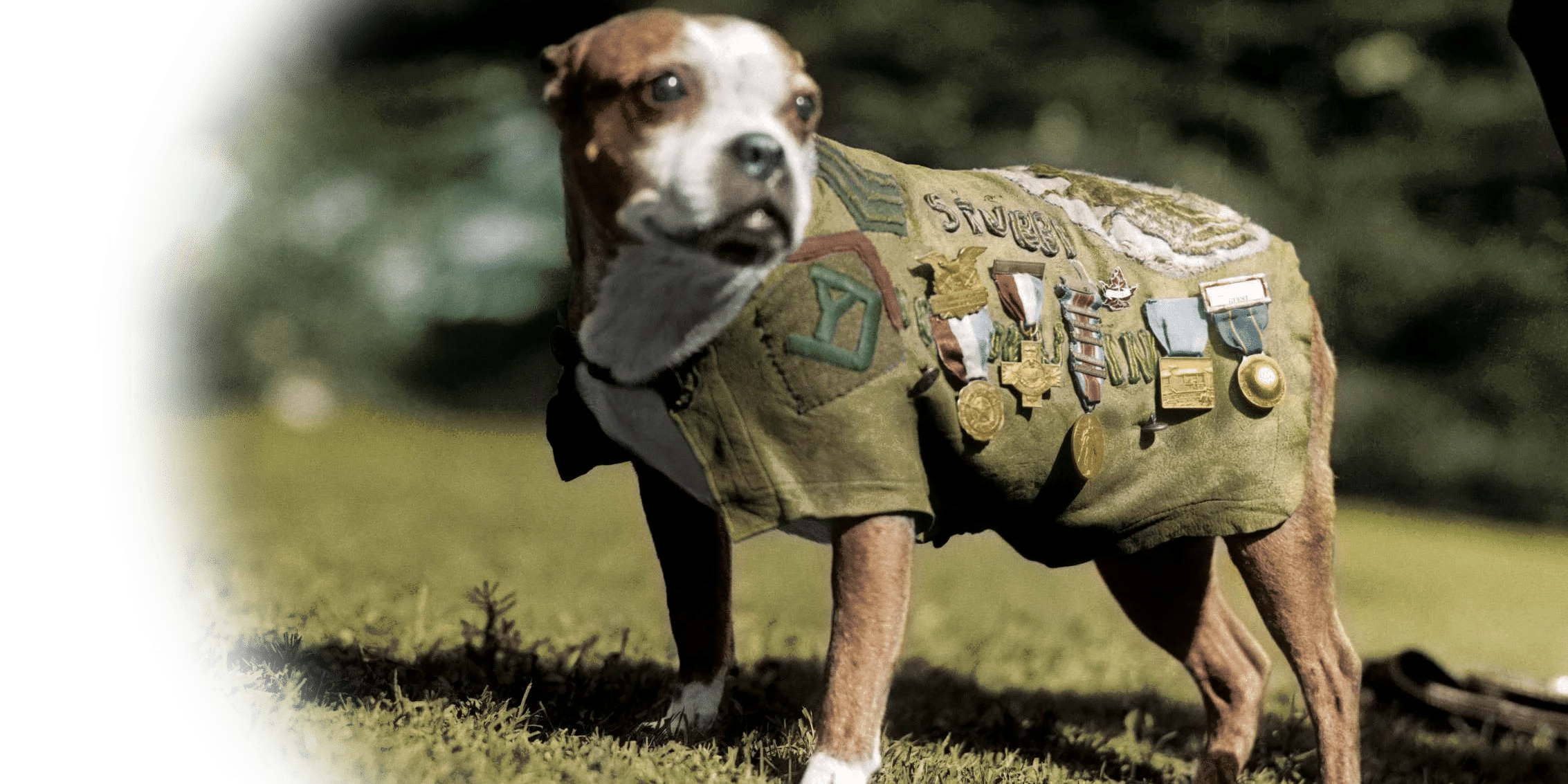 In reverence of Memorial Day, we

Stubby was a stray dog adopted by the 102nd Infantry during their training before being deployed to WWI into France. This regiment of amateur soldiers was placed in rougher battlegrounds where they faced constant bombardments. Here, more than ever, Stubby was critical in keeping up morale, but soon he became essential to the effort.

Stubby soon became adept at detecting danger before the other soldiers. He was able to sniff out mustard gas before it flooded the trenches; he could hear the whistle of artillery fire before the average man, and when fighting paused, he helped in locating soldiers left in No Man’s Land.

Stubby was injured twice in his deployment. First, he was wounded by a grenade during the enemy retreat. He was relocated to a miliary hospital where he was as much a patient as he was a companion to everyone there. The second time he suffered mustard gas poisoning, where his regiment was so frustrated, that they demanded the development of gas masks for dogs.

During his service, he wore a blanket as his uniform that became decorated in badges and souvenirs. Stubby earned, 3 Service Stripes, a Purple Heart, and 8 more service medals. Making him the most decorated dog in history. However, despite being known as Sergeant Stubby, he did not actually hold rank.

He returned home safe and sound to celebrity status. The American Legion honored him by giving him a place in every parade. The YMCA offered Stubby 3 bones to chew on every day, and a place to sleep every night he needed. He toured the country for so long that he met with three presidents. Stubby became the official mascot of Georgetown University, where he would run across the football field during quarters. It’s theorized that Stubby started the trend of the football Halftime show.

the complete story can be found on the government’s website